As a biotechnologist, you apply the knowledge to select, manipulate, or modify organisms to produce strains uniquely suited to making a product or driving a process. You play a large role in finding new and innovative solutions to environmental problems, for example using organisms such as bacteria to clean up contaminated sites, investigating new energy sources, or producing environmentally friendly raw materials. In addition to the environment, you could also work in industries such as food production, medicine and health, and manufacturing. 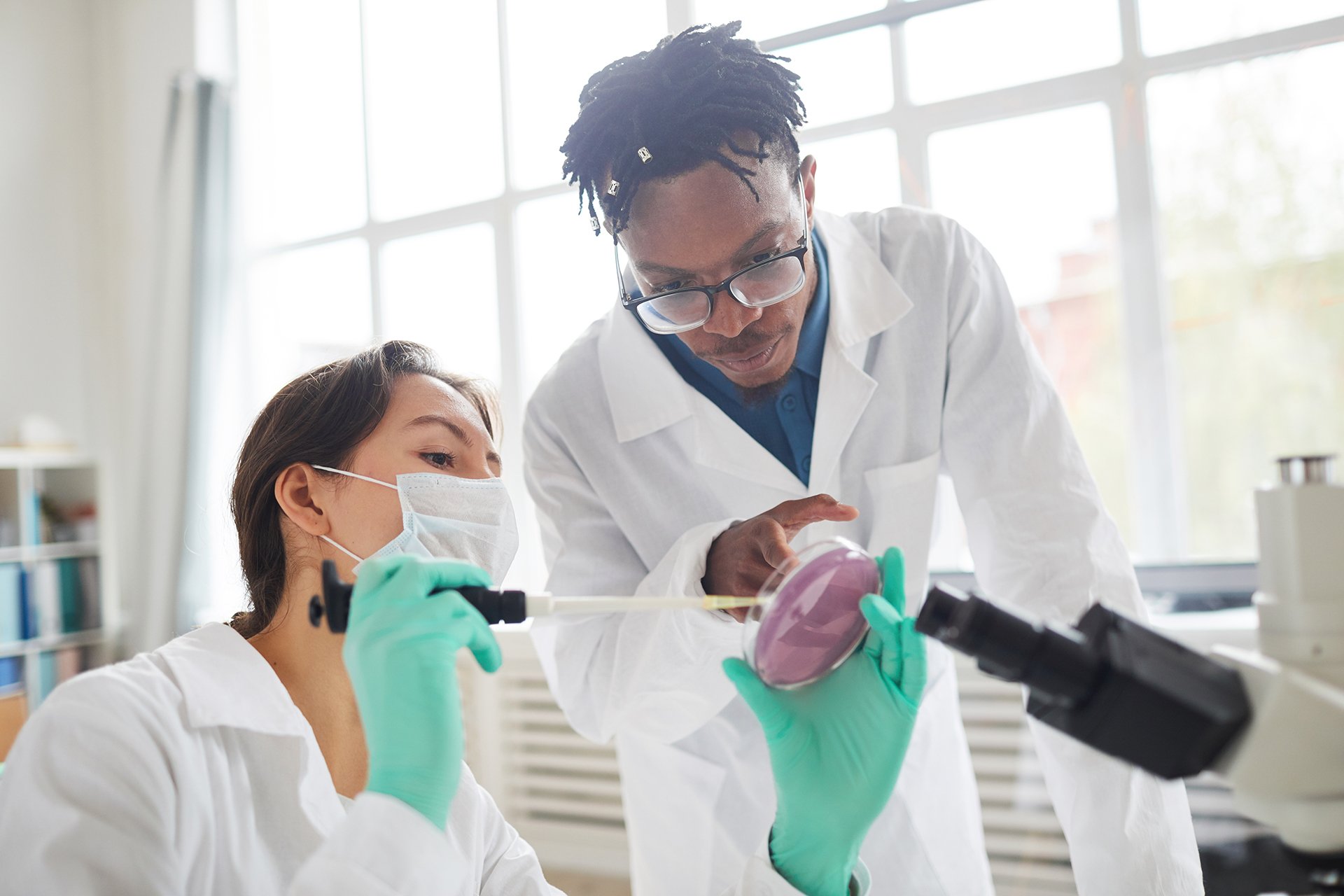 Imagine you are bustling around a bright white lab, shuttling closed Petri dishes back and forth between your bench and a large industrial freezer. Normally this freezer is used to preserve specimens, but you are using it to incubate them. You are a biotechnologist developing a new strain of oil-eating bacteria that can be used to clean up oil spills in Canada's Arctic. The Arctic is one of Earth's most sensitive ecosystems, but it also lies on top of oil reserves that are increasingly tapped to feed our dependence on fossil fuels.

Even the most minor spill could have devastating repercussions on the Arctic environment, not only from the spill itself, but from the influx of humans, their vehicles, and their waste as they flock to the site to clean it up. That is why you have been working so hard to find a biological solution, one that would have less of an impact on the Arctic's delicately balanced ecosystem. Your research as a biotechnologist begins with bacteria strains used to clean up oil spills in other parts of the world, including on water. These oil-eating bacteria have proven very successful elsewhere, but they simply could not compete in the Arctic's devastatingly cold temperatures, creating a problem you are determined to overcome. You have been crossing strains of bacteria that have already adapted to life at sub-zero temperatures with strains of oil-eaters. After months of experimentation, you have identified several strains that use oil as their food source and actually colonize and grow on their Petri dishes when incubated in the freezer.

Now that you have gotten the bacteria to grow, however, you still need to determine if introducing these new strains into the Arctic will have a negative impact on the environment. You must make sure these bacterial colonies will flourish on the oil spill, but die once the spill is cleaned up. This problem will be answered through a series of simulation trials, as well as trials in situ, where the bacteria will be put to the test on real Arctic tundra under real Arctic conditions. You hope that your new strains will be up for the test, but you also hope they will never be needed.

Duties vary significantly from job to job, but the following list includes typical job duties one might encounter as a biotechnologist:

Biotechnologists work in a variety of locations, including, but not limited to:

There are a number of places biotechnologists can find employment. They include:

The minimum education requirement to work as a biotechnologist is a university undergraduate degree, though the majority of positions are in research and require graduate studies. If you are considering a career as a biotechnologist, the following programs are most applicable:

Certification is not mandatory for biotechnologists, but many practitioners choose to belong to professional associations such as their provincial association for professional biologists. If you are a high school student considering a career as a biometrician, you should have a strong interest in: