Fisheries technicians/technologists study fish and their environment and can work with both wild populations and hatchery-raised stock. Working with a variety of fish species and habitats, fisheries technicians/technologists are often responsible for sampling and gathering data and supporting research and fisheries management. They play a key role in the conservation and protection of Canada’s fisheries resources. 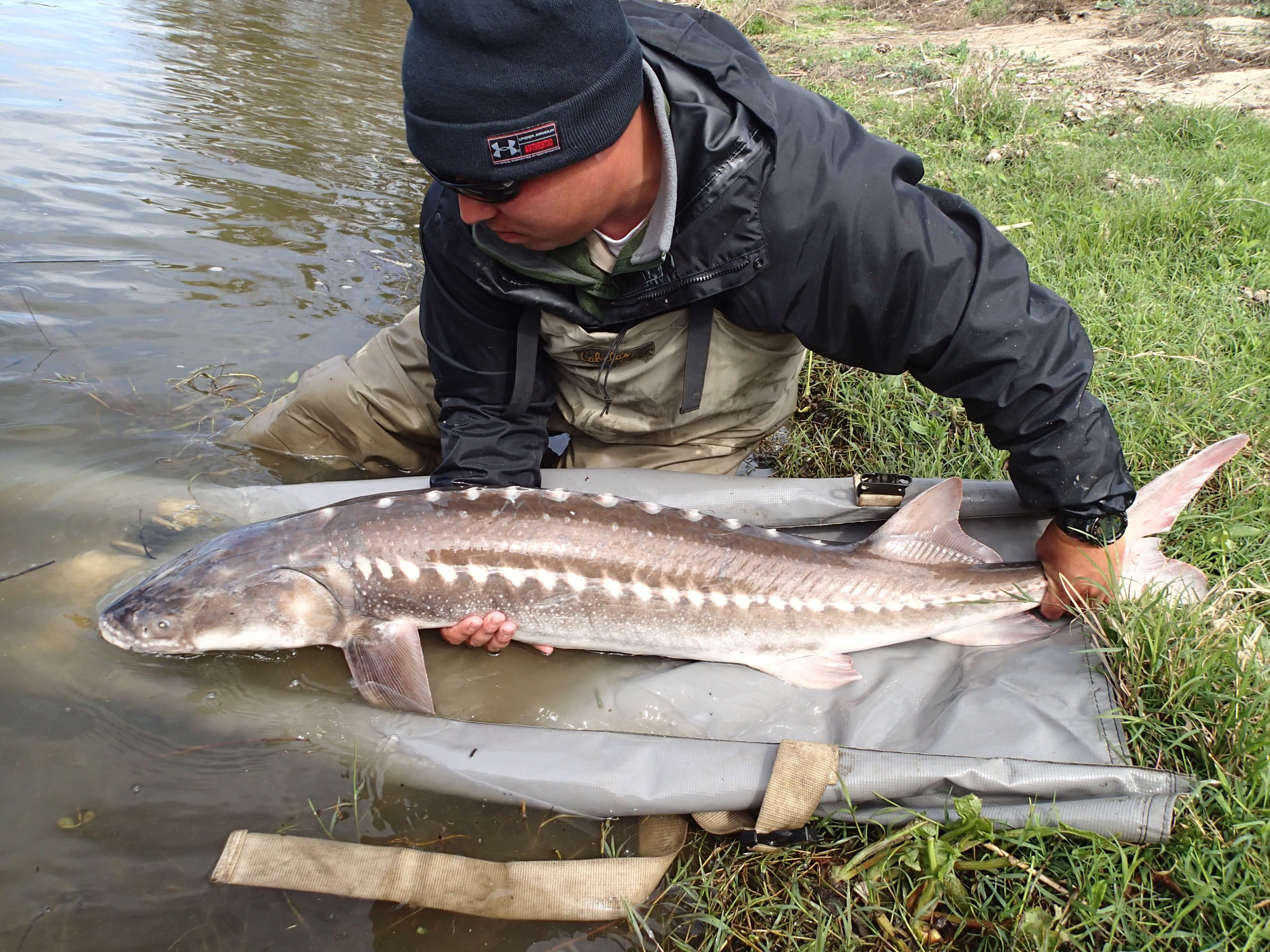 Imagine you are standing in chest-high water 10 metres out from the shore of a large lake popular with sport fishermen. You are a fisheries technician/technologist working for a local trout hatchery and you are in the process of restocking the lake with rainbow trout in preparation for the upcoming tourist season. You're holding the end of a large hose that is draining into the lake, watching carefully as hundreds of juvenile trout empty into the water.

Restocking area lakes is an annual activity that keeps you busy and outdoors during the summer. This lake is only the first of 50 or so you will stock in the coming months. As a fisheries technician/technologist, you have experience working with both wild and farmed fish stocks, particularly when it comes to restocking wild populations with trout raised at the hatchery. Several months ago, you assisted a group of fisheries biologists surveying fish populations in the lake, using gillnets and trawls to catch and measure trout.

The results of this survey were used to determine how many hatchery-raised trout need to be added to the lake to bring population levels to where they should be. Once the hatchery's trout were big enough to be transported and put into the lake, you began the sensitive task of moving the trout. Trout are sensitive to drastic changes in water temperature, so you first had to make sure the lake temperature was within 5°C of the hatchery's tanks.

Then you loaded the trout into four 1,800-litre storage tanks on the back of a five-tonne truck. You checked the tanks to make sure the fish weren't too crowded and oxygen levels were high enough for the ride to the lake. When you arrived at the lake, you connected a series of hoses 25 centimetres in diameter that run from the truck into the water. While you monitor the end of the hose, one of your partners flushes the tanks and trout into the lake. You will repeat this process dozens of times over the next few months as your hatchery restocks local trout populations.

Duties vary significantly from job to job, but the following list includes typical job duties one might encounter as a fisheries technician:

Fisheries technicians work in a variety of locations, including, but not limited to:

In most cases, the minimum education requirement to work as a fisheries technician is a college technical diploma. The following post-secondary programs are most applicable to a career in this field:

I am of Metis status and speak Cree fluently. I have lived in the north all my life and was raised in a small fishing community of Moose Lake, Manitoba. When I was a couple of years old, a hydro dam was built near our community and drastically changed the ecosystem of the area. Moose Lake was flooded and most of the families had to move to higher ground. Our lake became a reservoir and the fish population and wildlife were affected.

My grandpa and uncles had done well as commercial fishermen and trappers, but the hydro dam changed all that. Being outdoors as a child with my Grandpa and uncles helped me develop a passion for the environment. I knew that I wanted to work with natural resources and I made it happen. In 1983, I got a job as a Resource Management Assistant with Manitoba Natural Resources. I was involved in all aspects of resource management from forestry, fire suppression, trapping, fishing and enforcement.

Then in 1999, I took a leave of absence from work and enrolled in the Natural Resources Technology Program at Keewatin Community College in The Pas, Manitoba. It’s a great program. The courses are so varied and very interesting. I learned about all different aspects of natural resources. When I graduated in 2001, I accepted a position at Manitoba Conservation with the Regional Fisheries Department. I believe that often too much emphasis is placed on strictly scientific evaluations of resources.

When I’m asked to do an assessment on a lake, I go and ask the community Elders for advice on traditional fishing areas. If that’s where people are catching fish, then that’s where I should do the testing. We need more Aboriginal people in the field who have traditional values. Because I believe that traditional knowledge is so important in my profession, I plan to establish a database of the vast knowledge our Elders have about our ecosystem. This database will catalogue interviews I’ve had with Elders. Having a permanent record will preserve these Elders’ wisdom for future generations. I believe that in the future, traditional knowledge will be applied more often to management decisions regarding Mother Earth.