Soil scientists study the chemical, physical, and biological properties of the first few metres of Earth’s crust. More specifically, they study soil formation, classification, and soil characteristics such as the organisms found in the soil and the relationship between soil types and plant growth. The information provided by soil scientists is vital to industries such as agriculture and forestry, as well as policy-makers addressing issues of public health and environmental protection. 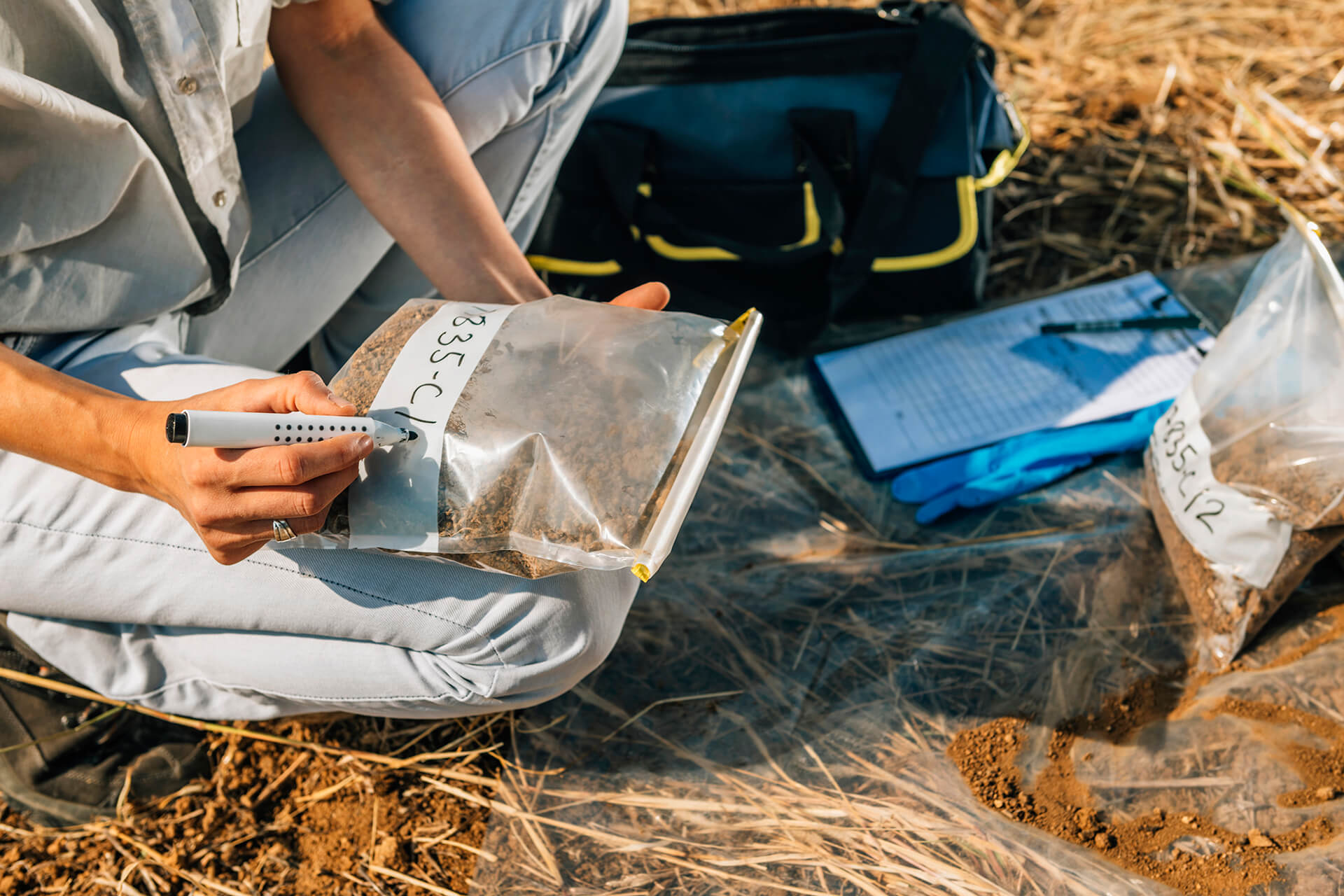 Imagine you are standing on the former site of a busy cattle feedlot on the edge of what is now a picturesque summer village. The feedlot has been gone for years, the previous owner having retired and dismantled the operation to make room for the swell in tourism to the area. Now a group of developers has bought the site with plans to build a championship 36-hole golf course, but before they can do that, they need your expert opinion of the site.

You are a soil scientist, and these developers have hired you to analyze the soil of the former feedlot to assess if it can support the specific varieties of grass, trees, and shrubbery they intend to grow on the course. Since much of the course's success hinges on the quality of its greens and fairways, the developers need to know what can grow on the site. As a soil scientist, you are an expert in the chemical, physical, and biological properties of soil and know what you need to look for to determine if the site is suitable for a golf course. First, you and your team of technicians must take a number of sample cores from the site, which will be sent to the lab for analysis.

One of the tests you'll run will detect residual contaminants in the soil that could affect its viability for growing grass and such for the golf course. You will also test for other characteristics, for example, nutrient levels and organic carbon content. In addition to lab analysis, you will examine these cores for texture, bulk density, hydraulic properties, and moisture levels, including a close inspection looking for different colours in the soil, indicating the presence of a water table. At the end of the process, you will give the developers a thorough report on the soil's health and physical attributes and indicate whether it is a suitable site for their golf course.

Duties vary significantly from job to job, but the following list includes typical job duties one might encounter as a soil scientist:

Soil scientists work in a variety of locations, including:

There are a number of places soil scientists can find employment. They include:

If you are a high school student considering a career as a soil scientist, you should have strong marks or an interest in:

Although in most cases it is not mandatory to become certified in order to work as a soil scientist, some practitioners choose to apply for professional status, for example, Professional Agrologist. Requirements for certification and professional status vary among provinces.

Tim Spedding understands the “wonder of soil.” To Tim, soil isn’t just dirt, “it is an amazingly thin layer between the cold dark earth and the atmosphere.” It was an enthusiastic professor during his undergraduate studies who showed Tim how soil “is so diverse, and how fundamental it is to all of our terrestrial systems.” Almost a decade later, with a B.Sc. with Honours in Geology and an M.Sc. in Soil Science, Tim is a professional Soil Scientist with Komex International. In the summer months, he works in the field, often in remote locations for weeks at a time.

He performs everything from preliminary environmental site assessments to remediation work. Once the season is over, Tim spends most of his time behind a desk, analyzing data, finalizing reports, and summarizing his fieldwork. Tim enjoys the variety of responsibilities and the autonomy his job offers. “We do run our projects a lot ourselves…this job offers a lot of management responsibility.”

He also is happy to be employed in a profession where there is an unprecedented demand for soil scientists. “The industry is on fire, and it’s only just going to keep on growing.” But, Tim says, much of what soil scientists do goes unrecognized and unappreciated by the public. He points out that his job is more than just the study of dirt. “Soil is a medium that contains so many of life’s processes…it’s pretty amazing.” He adds that, for many people, soil is not considered a natural resource in need of protection. “It’s viewed more as something you need to excavate if you want to build a house.” Tim looks forward to the day when the importance of soil science—and soil scientists—is fully recognized “because the role of soil, and the people who study it, is fundamental” to the health of our environment.