The Reformed Fisheries and Aquaculture Act

Originally published by Seun Afolabi, ECO Canada for members of our Research Community

Until recently, Canada was the only major farmed seafood producing country in the world without modern national legislation specifically designed to govern a responsible and sustainable aquaculture industry.1 This looks set to change with the announcement of a reformed Fisheries and Aquaculture Act.

The Federal Fisheries Act of 1985, was based on monitoring the depleting fish stocks, reducing pollution and ensuring proper management and control of fisheries across Canada with the added incentive of the conservation efforts.2

Although this Act was a commendable starting point in sustainability efforts, it didn’t have a clear definition for aquaculture amongst other issues.

Definitions for ‘aquaculture’ vary according to provincial legislation. Modern legislation is currently in the process of public engagement with Indigenous peoples, partners, stakeholders and the general public. This period runs from August 17, 2020, to January 15, 2021, and the legislation is expected to be put into action in early 2022.

In contrast, the Newfoundland Aquaculture Act (1990) defines aquaculture as “the farming of fish, molluscs, crustaceans, aquatic plants and other aquatic organisms with an intervention in the rearing process to enhance production by regular stocking, feeding, and protection from predation, and includes fallowing and processes to mitigate environmental degradation and the placement of necessary gear and equipment”.

Why is legislation needed?

In prairie provinces (Alberta, Saskatchewan, Manitoba) or in Ontario and Quebec, it may not be immediately clear why modern legislation is needed given the Fisheries Act exists. This is especially true when we consider that the fishing industry in these provinces may not directly have adverse effects on the provincial economy.

On a national level, farming and fish processing activities from aquaculture generate an estimated $5.16 billion and create 25,000 full-time job positions for Canadians with an estimated $1.16 billion dollars in wages in 2016. Canadian farmed seafood generated a total amount of $7.3 billion in economic activity throughout the economy, $3.75 billion in GDP, and $2.18 billion dollars in wages for almost 54,000 Canadian workers over the same time frame.4

The development of federal legislation that respects Federal, Provincial, and Territorial jurisdiction is imperative in creating more clarity in this sector.5

What is included in the proposed Fisheries and Aquaculture Act?

The proposed Fisheries and Aquaculture Act aims to mitigate issues by:

An important element to the proposed Act is environmental protection. The Aquaculture Act would prohibit specific harmful activities and enable the sustainable management of the aquaculture sector.

Whether included in the modified act or regulations, the regulatory framework governing aquaculture would prohibit (with exceptions):

Another important element of the proposed Act is surrounding the improved efforts in reconciliation with Indigenous communities.

Based on Statistics Canada data, there are about 50 Indigenous communities directly involved in commercial aquaculture. The role of Indigenous peoples in the aquaculture industry is significant and growing, with many groups participating directly in the industry across Canada.

Indigenous groups seek wider collaboration on numerous fronts in the sector, as well as further recognition of the articles of the United Nations Declaration on the Rights of Indigenous Peoples (UNDRIP).

As part of the amended Fisheries Act framework in 2019, Ministers could enter into agreements with Indigenous governing bodies and any body—including a co-management body—established under a land claims agreement for purposes such as facilitating cooperation and enhanced communication.

Furthermore, when making decisions under the Act, the Minister must consider any adverse effects that the decision may have on the rights of the Indigenous peoples of Canada recognized and affirmed by section 35 of the Constitution Act, 1982. 8

Since mid-September 2020, there has been an ongoing dispute between the Mik’Maq First Nations (specifically the Sipekne’katik First Nation band) and non-Indigenous fishermen in Southwestern Nova Scotia. This serves as an example as to why a clear and distinct Fisheries and Aquaculture Act is needed. 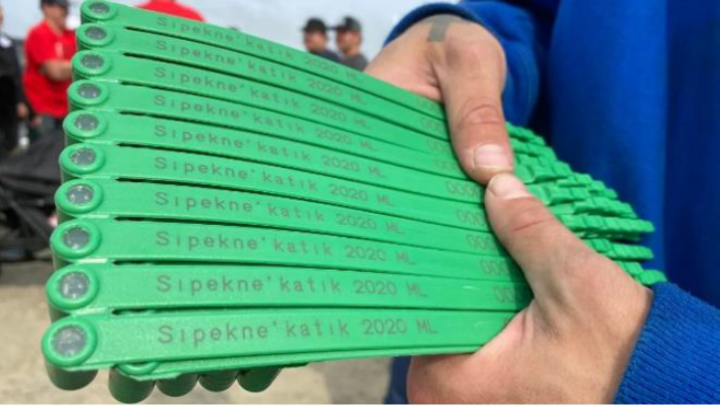 From the perspective of non-indigenous protestors, a conservation issue arises as Indigenous peoples have a treaty-protected right to fish for what they deem to be a moderate livelihood. But it is important to note that the Federal Department of Fisheries and Oceans has stated that conservation is not an issue in terms of this case.9 Just as the unclear nature of the initial Fisheries Act created confusion, so has the Peace and Friendship Treaty of 1760. This treaty allows Indigenous peoples the right to hunt, fish and gather in pursuit of a “moderate livelihood”.10 Unfortunately, there was no clear definition of what a “moderate livelihood” is.

Fisheries Minister Bernadette Jordan and Indigenous Relations Minister Carolyn Bennett released a statement in which they said that the Mi’kmaq have a constitutionally protected treaty right to fish in pursuit of a moderate livelihood as sites must be located at least a certain distance away from First Nations reserves (unless consent is given from the First Nation).11

Since aquaculture occurs in, or near, the traditional territories of many Indigenous nations in Canada, and multiple Indigenous peoples participate directly and indirectly in aquaculture, the hope is that the proposed Aquaculture Act would establish a clear method to enable participation, while respecting Indigenous rights.12

Summary of the reformed Fisheries and Aquaculture Act

These modifications and suggestions for the Fisheries and Aquaculture Act should create clearer standards and a framework in the fishing and Aquaculture industry that is generally understood across all provinces and territories in Canada. It should also act as a legitimate caretaker for Canada’s aquatic resources.13

As mentioned by Tim Kennedy, President & CEO of the Canadian Aquaculture Industry Alliance (CAIA): “There are perhaps no other sectors in Canada that have the capacity to simultaneously drive job creation, provide domestic food security, support meaningful indigenous reconciliation and realize sustainable food production, as the seafood farming sector can”.14