Our planet’s food system is facing a dilemma.

By 2050 there will be an additional 2 billion people to feed. Yet, we’re already having trouble feeding the current population, with nearly one in 10 people in the world, a total of 750 million people, being exposed to “severe levels of food insecurity.”

These problems are compounded by the amount of food wasted every year. According to the Food and Agriculture Organization of the United Nations (UN), nearly one-third of food globally is wasted or lost, contributing to higher greenhouse gas (GHG) emissions coming from our landfills—nearly 8% of all greenhouse gases worldwide are the result of food waste.

However, among the staggering food statistics of waste and insecurity, there are incredible opportunities for Canadian cleantech products and services companies to produce food sustainably and reduce our waste. 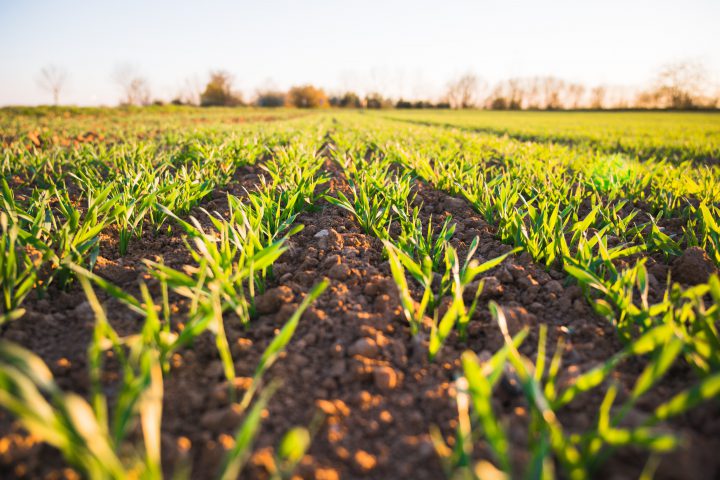 In our Cleantech Defined: A Scoping Study of the Sector and its Workforce, cleantech is any technological process, product, or service that aims to: use fewer materials and/or energy, generate less waste, and cause less negative environmental impact than current standards.

By 2025, Canadian agri-food exports are determined to reach $75 billion annually and agtech will be crucial for growers to meet this goal. Projects such as the Olds College Smart Farm and TELUS Agriculture collaborative, are already demonstrating the power of agtech. Growers can use AI to operate drones, use sensors to measure proteins in harvested crops, monitor all farm equipment and weather conditions, all through one farm productivity network.

Farm productivity platforms, like those developed by Decisive Farming, can integrate agtech from across the agriculture value chain—genetics and breeding, crop protection and nutrients, robotics, water management, remote sensing, and more.

While these efficiencies are getting more food to the table for less, the question remains; will these advancements in agtech help us lower our GHG emissions?

While it’s hard to know what the exact number will be, research by McKinsey & Company suggests yes. By implementing a set standard of agricultural practices, using agtech and big data could “reduce our global emissions from agriculture [and] could achieve about 20% of the sector’s required emissions reduction by 2050.” Another sector of the Canadian economy testing these set new agricultural practices is crop and livestock production.

10% of GHG emissions come from crop and livestock production (excluding emissions from fossil fuels or fertilizer production). In 2018, the three-year $25-million Agricultural Clean Technology (ACT) program was launched to support the research, development, adoption, and promotion of clean technologies in agriculture, such as precision agriculture and agri-based bioproducts.

One project underway in Québec is converting one of these greenhouse gases into renewable energy and an extra source of income.

Under the ACT Program, the Coop Agri-Énergie Warwick was awarded an additional $750,000 on top of provincial funding, to increase the production of turning manure into biomethane.

This is the first agriculture cooperative dedicated to producing renewable natural gas (RNG) sources. RNG in Quebec. Methane and other organic residues from local businesses will be converted into RNG through the cooperative’s new biomethanization plant. At its peak, the plant is capable of producing 2.3 million m³ of renewable energy and reducing carbon dioxide emissions by 6,500 tonnes per year.

In addition to the carbon reductions, Énergir, an energy producer in Québec and the United States, agreed to purchase all the RNG produced through the new plant for the next 20 years. Through this agreement, the farmers of the cooperative can diversify their income streams, while Énergir customers get a more competitive energy rate.

This collaborative project between producers and the government to reduce our emissions is an example for others to follow across the entire value chain.

From harvest to homes, food waste is an issue. According to estimates, more than half of Canada’s food supply is wasted annually—a $49.5 billion bill that’s avoidable. And where is most of that food wasted? Over half of food waste is contributed by households with recent estimates suggesting over 60% of food purchased that’s thrown away or composted could have been eaten.

As part of Canada’s commitment to the UN’s Agenda for Sustainable Development, we have a target to “halve per capita global food waste at the retail and consumer levels” by 2030. We still have a long way to go to reach this goal, but Canada continues to move toward a unified approach to food waste, using new clean technologies, business models, and consumer education.

The private collaboration between Sodexo, the food and hospitality services company and Genecis Bioindustries is a great example of a clean technology system transforming food waste into something else. They are running a pilot project in Toronto to convert Sodexo’s food waste into polyhydroxyalkanoate (PHAs) biodegradable plastics and fertilizer. In six months, the project has diverted over 1,400 kilograms of food waste and 1,200 kilograms of CO2 gas emissions.

The government of British Columbia has also implemented easy-to-follow tools and models for food service businesses to not only divert their current food waste to recycling or donation centres but focus on reducing waste as well. The methods proposed estimated that an average restaurant could save 4.5% to 6.5% of sales.

At the consumer level, reducing food waste will come down to educating consumers on making better choices when it comes to buying, storing, and disposing of food. Non-government organizations, such as Waste Reduction Week in Canada and Love Food Hate Waste are partnering with businesses, schools, municipalities, and provinces to educate consumers about preventing, reducing, and disposing of food waste.

Non-profit organizations, like the Leftovers Foundation in Calgary, Alberta, are also filling the gaps in reducing food waste at the consumer level. Leftovers is one of the largest food rescue charities in Western Canada. In 2019, over 300,000 pounds of edible food was rescued and donated to organizations that need it most, such as Calgary’s Drop-In Centre and Inn from the Cold.

Clean Technology in Agriculture: Next Steps

Reaching our 2030 Sustainable Development goals will depend on if we can make quick decisions based on real-time data from across the entire food chain.

While there are pockets of success across the country with advanced technologies like smart-crop monitoring, drone farming, and renewable energy conversion projects, we’re only going to see monumental progress if these technologies can scale and are made accessible, and available to the Canadian market.

Today, there are still rural areas that have limited cell or internet service that reduce the effectiveness of agtech. Renewable energy projects face high capital start-up costs. And changing consumer behaviour is an ongoing challenge. But, embracing these technologies early will position Canadian agriculture and clean technology as a leader in sustainable agriculture.